The effects of the coronavirus on marine life 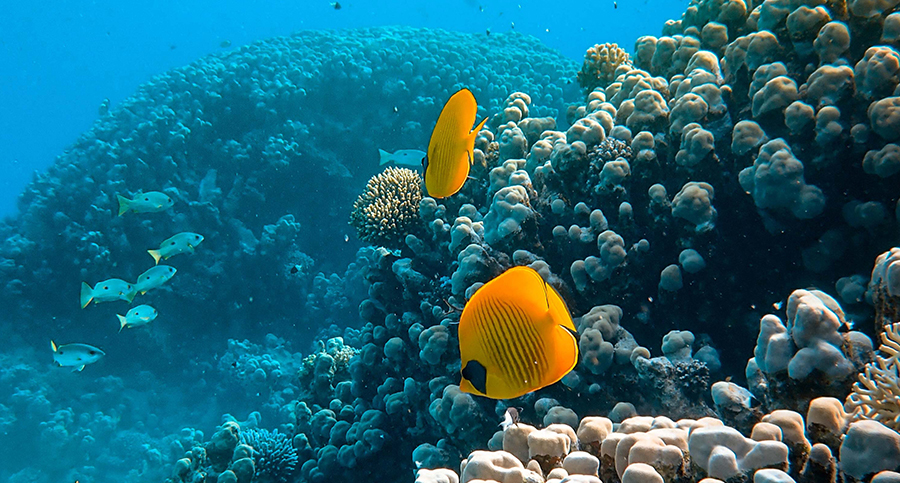 All countries over the world are currently facing the coronavirus crisis. The pandemic has had a significant impact on various aspects of our lives and environment, including life below water. The government restriction to self-isolate and stay at home has resulted in both positive and negative consequences to the marine environment.

For example, despite strict restrictions and lockdown procedures implemented in various countries during this crisis, it doesn’t seem to stop illegal fishing in Indonesia’s outermost islands of the North Natuna Sea. Lately, the Indonesian’s ministry held two Vietnamese-flagged vessels for unlawful marine activities within Indonesia’s economic zone in the province of Riau Islands.

The quarantine has led to parks, lands and marine conservation areas being unmonitored, putting animals at risk, as workers are required to stay at home. The California Academy of Sciences is not able to continue to monitor the number of dead marine mammals, as they rely mostly on volunteers to roam beaches, and report on initial and essential data about species being affected as well as the cause of death.

On the bright side, experts suggest that COVID-19 could positively impact marine life. Loggerhead Marinelife Center is a non-profit scientific organization focused on ocean and sea turtle conservation. They monitor the sea turtle nests in Juno Beach and observed 71 nests early this season. Almost all those nests are from Leatherback sea turtles, which are the biggest living sea turtles. Experts believe that leatherback sea turtles are prospering as people and dogs are not allowed on beaches which minimises the risk of eggs being disturbed or killed.

Scientists are desperate to study the effects of reduced ocean noise on whales and other marine mammals during the pandemic. Since the outbreak of the coronavirus, human activities and ship traffic in the ocean have decreased significantly. There was a study on the aftermath of 9/11 researching the effects of noise pollution on whales.

The results suggested that the ocean noise as a result of ship traffic and human activities had a significant impact on the well-being of baleen whales and was associated with chronic stress. The correlation between noise and interruptions were also found in whale behaviours, such as mating and foraging. Apparently, whales sing louder so that they can be heard over noise disruption.

Noise pollution in the ocean can also disrupt the killer whale’s communication when hunting their prey. Killer whales still can hear and get disturbed by the lower-frequency noise made by big ships. To chase salmon, they must depend on the echo sound of salmon bouncing off what could be one hundred meters away, thus requiring at least some measure of calm in the ocean. The reduction of ship traffic as a result of lockdown could be a positive effect on killer whale’s communication in the underworld.

Despite whales and sea turtles benefiting from the COVID-19 pandemic, other marine mammals such as manatees in Florida reported decreased deaths by boat encounters. The lack of human activities in the ocean such as scuba diving and snorkelling is giving a new opportunity to the coral reefs around Oahu. According to researchers, they have seen significant improvements in life below the water environment.

COVID-19 has given us all time to reflect on our surroundings. Perhaps it is the best time to renew our way of interacting with the world, especially the way we interact with the ocean. The ocean is a critical part of human health and well-being as it is part of our life support system. Therefore, it is vital for us to reflect and start making small changes for a better and thriving future. For more information on what we can do, please visit THRIVE Project.