Container Homes are not Sustainable for the Homeless 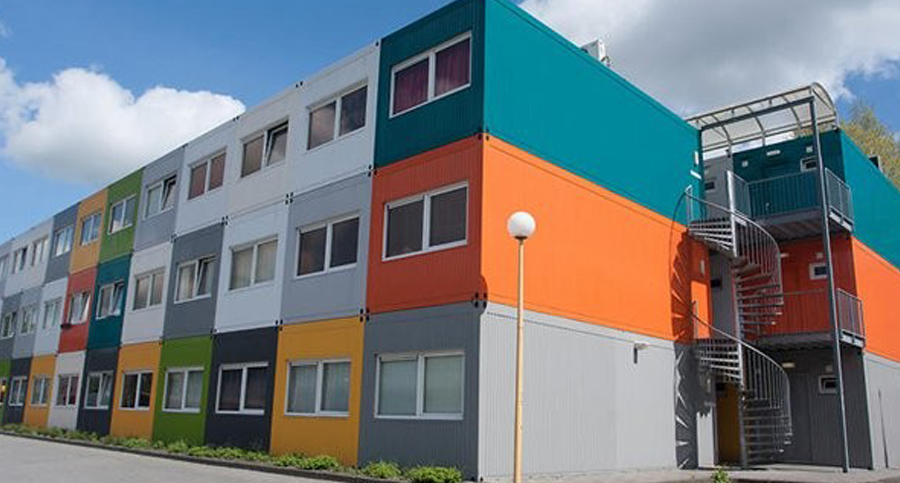 Homelessness is a serious problem within our community. Numerous countries around the world are facing the same issues with the increased visibility of homelessness. For instance, the homelessness crisis in Australia increased by 14% between the 2011 and 2016 censuses. The issue has prompted individuals and organisations to come up with creative ideas to solve this situation.

An article published in the Huffington Post details how container housing is not a longterm solution for the homeless, but rather a quick fix and short-term answer. The underlying reason for numerous individuals experiencing homelessness is due to the price of housing surpassing their low income. The keys to resolving this crisis are by increasing their income or offering affordable housing.

The difficulty of acquiring affordable housing in Australia has led individuals to seek alternate ways to build inexpensive accommodation. A theses study on ‘containers of dreams’ by Clare Urquhart discusses container homes and its advantages and drawbacks to the community. Some benefits of container housing include its cost-effectiveness, environmental friendliness and faster construction times.

From a sustainability viewpoint, container housing is a great initiative to recycle. There are currently 17 million shipping containers across the world, and only 6 million are being used, which means about two-thirds of all the world’s containers are not in use, mainly being abandoned at harbours or storage yards. Studies also found that shipping containers require less energy and work to renovate which make it more cost-efficient than having to melt them down into scrap metal.

Having a house made from a shipping container is an innovative way to utilise a readily available resource. Converted shipping containers provide for faster production times as the construction is already in place. Thus, it involves fewer resources and energy in the form of fuel or electricity. Besides, not only it can be accommodation for the homeless, but can readily be transformed into a mobile resource by attaching wheels.

However, there are some downsides of having shipping containers as affordable housing. Health and safety are one of the main concerns when utilising second-hand containers. An article by Vidyasagar Potdar mentions that used containers may include hazardous substances such as pesticides and other harmful chemical contaminants. It is much safer and better to utilise only brand new or one trip containers, but it also comes with a higher buying price.

Moreover, safety is another crucial factor to consider when providing container housing to the homeless. According to an article by Jenny Smith, domestic violence is the single largest cause for homelessness, and many of those who are homeless often have endured violence in institutions or in shared accommodation. Consequently, individuals with traumatic experiences often find it terrifying to live in accommodation with lots of other tenants or room-mates.

In an article published in The Guardian on container accommodation, they were shown to be a dangerous and disruptive place for children. These types of housing are often located in remote areas and feature shared facilities with other residents. There have been cases where criminal and antisocial behaviour and other issues of abuse have manifested.

According to a report published by Children’s Commissioner, it was demonstrated that congestion is also an issue in container homes. These small-sized units are often overcrowded, and noisy or disruptive environments that can affect children’s studies and their school results. Also, the converted shipping containers are made from steel which, uninsulated, means they can be extremely hot in the summer months and cold during winter.

Hence, insulation comes as a vital consideration when housing homeless in container homes. The Building Code of Australia and local committees have set standards for insulation, and builders should seek approvals for insulation and discover ways to insulate a space without adding to the interior and reducing available living space.

Human cargo is another aspect that adds a negative outlook to container homes. According to the United Nations, there are more than 420 million containers that travel by ocean every year around the world and transporting 90% of the world’s cargo. Some containers carry illicit goods, with some used to hide people in the containers, and smuggle drugs and weapons.

In addition, the study conducted by Clare Urquhart states that container housing developments are facing a crisis of identity. Shipping containers around the world are constantly portrayed as a temporary solution for the homeless or as an alternative housing solution for individuals impacted by natural disasters or conflicts. This has resulted in the misconception of shipping containers housing as only applicable for the poor or displaced.

However, with all the arguments on shipping containers, it is valid that homeless people deserve more than converted shipping containers homes. Innovation – per se – is not the answer to this crisis, however, offering more affordable housing can prevent individuals from being homeless. According to an article published on SBS, Jenny Smith, CEO of Homelessness Australia, these ideas “mean well” but the homelessness issue “is a long-term problem… [whereby individuals are] not able to afford housing”.

She also stated that “It’s about recognising that negative gearing and capital gains tax is making it impossible for young people to be able to afford a home, which means they are ‘down’ renting… properties that people on low-incomes would be renting“. Additionally, she said that “State governments need to be courageous and stand up to property developers and introduce inclusion re-zoning” making sure that “housing developments or redevelopments have a proportion of low-cost houses available”.

Overall, converted shipping container housing is not a long-term solution for a sustainable life for the homeless. To achieve sustainability, container homes should cover all aspects that can impact the environment and well-being of individuals in a positive way. The government and individuals need to start exploring other sustainable ways to minimise and solve this issue so that people experiencing homelessness can have a better and thriving future. For more information on what we can do and our upcoming projects, please visit THRIVE Project.