Law enforcement in the Philippines 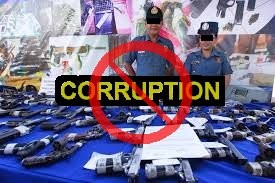 Up until not so long ago, I thought that this third world-come-developing country was like the wild wild west! I have come to discover that in fact the Philippines has plenty of law and law enforcers. Spend a day or two in this marvelous pleasant summer paradise, and you will soon realize the breadth and depth of so-called security systems in place. Every major shopping center or mall has guards; including every major shop, whether it be a chemist, hardware store, hotel or as perhaps predictable a bank. Crime is a major concern given the wide-spread poverty levels. And lest we not forget the plethora of security cameras.

But do these systems work? Are they effective at apprehending criminals? After spending the better part of the last decade – on and off – in the Philippines, I am in a good position to report. First, I must say I am a stickler for the law, being a qualified magistrate myself. I often find myself calling out on people when I see injustice taking place. I tend to make it my business to ensure the law is upheld for the security and safety of all citizens concerned. Over the years I have been involved in a burglary in Makati; a car impoundment in Manila; document theft in Cebu and noisy neighborly squabbles in Angeles City, Philippines among others.

In the first case in Makati, the man I apprehended after stealing my wallet was brought to court where I testified alongside other witnesses. The individual was found to be high on drugs and harboring a room full of stolen electronic devices to fill a shop. Clearly this was not his first time, despite repeated pleas by his wife to allow him to go free. He got eight years in jail as he was also carrying a concealed makeshift knife at the time. Clearly the thief chose the wrong foreigner to wrangle with.

In Cebu, I was helping a friend who had applied to work abroad and provided her passport as asked by the company and was seeking it back as she had changed her mind. This is a common practice, whereby passports are taken in order to preclude the person applying through another agency. After appearing in person alongside her and a plain clothed police officer, whom I had asked to escort us, the agency said the passport was no longer with them. After many further discussions it was found to be with the agency owner in Manila who refused to return said document. My lady friend eventually dropped the case finding it much easier to declare the passport stolen and obtain a new one. A scam for sure, all too common.

On another occasion I was driving my sports car in Manila one evening when I was stopped by police at a routine checkpoint. Asked to exit the car, they brought on the sniffer dogs and then demanded my keys. I asked on what grounds, to which they replied ‘looking for drugs’. As anyone who knows me well, I would not even know what any drug looks like, much less have them onboard. However, I was reminded of the fact that a common scam is for law enforcement officials to plant drugs in the car and then call you out on them. Maybe the flashy car sparked their interest as they promptly, without my permission, cuffed me and my passenger and took us together with one of them driving my car to the precinct, where they proceeded to play ‘good’ cop and ‘bad’ cop with us. After holding us in a cell and demanding large sums of cash to be released, they were about to take our cell phones. I called a high-ranking official I know – actually a local city mayor – who after having a few words with the arresting officer, instruct him to let us go. Extorting money on a Friday night was not going to work on this foreigner.

Switching gears, in Angeles City, an Australian friend of mine and I as pillion passenger were on a bike and stopped along with a dozen or so other bikes at a routine checkpoint (read ‘government appropriation point’). The violation was not wearing a helmet. I had forewarned by friend about this before boarding, and like déjà vu here we were. He said not to worry and after some small talk with the officer (and small incentive) returned and we left, carrying on as usual. The interesting thing was that all the other motorcyclist without helmets were local Filipinos and although initially stopped, they were all let go without a fine. Lesson? Follow the money.

Cybersex is illegal and yet commonplace in the Philippines. Former President, Gloria Macapagal-Arroyo (GMA) finally outlawed it in 2008. One day I was at a café in Makati with a bunch of friends, waiting on them to finish up on their computer session when a group of fully weaponized and armored SWAT team (or at least that is what they looked like to me) burst into the premises with a warrant for a foreigner named “Joe B”. They secured the front door and quickly zoomed in on me – as the only foreigner – and detained us all including my mostly female friends. An official sounding guy asked me who I was, to which came my cocky response “Who are you?” He proceeded to tell me about the warrant, to which I simply pointed out that if I could show that I was not the man listed in the warrant, that I, together with my Filipino friends could leave. He agreed, at which time I produced my ID. After a sneer, he pointed to his men to make way at the door and we left. A frightening experience as a foreigner.

After the pot holes and dust, one of the most obvious things that foreigners notice when arriving to the Philippines is noise – very loud obnoxious noise. This could be emanating from such simple activities as traffic or a construction site, but the most annoying regular noise is from wild dogs, fouls and last, but not the least is Karaoke. Every Filipino fancy themselves as a singer, even those inebriated who cannot actually sing to save their life. Sounding like the cat is being strangled, extremely loud Karaoke is a 24/7 sport in the Philippines (in fact some neighbor is playing right now as I write this article). Attempts at curtailing this ‘effect’ by calling the police and engaging local authorities has resulted in plenty of warrants, subpoenas, court cases and arbitration proceedings with the expected outcome that such individuals have been requested to cease and desist from such behavior (I have the paperwork). However, consistently, authorities seem powerless (read unwilling) to enforce for fear of retribution.

In another instance I arrived at my own Internet Café in Makati one morning to find that I had been locked out because under duress the landlord wanted to extract a higher rent from me (despite a fixed two-year contract) as he had heard through the grapevine that I was making a profit. There have been many more incidents, like the police officer in the street forcefully asking for a donation as he had insufficient funds for a wedding anniversary present for his wife that evening. However, time is too short to list them here.

What I have learnt is that despite much ‘law’, the lack of law enforcement is the major problem. Corruption reigns supreme and law enforcement requires ‘encouragement’ (read bribery), if they are to do what essentially is their job. Corruption runs deep in this country – at all levels – from the President to the lay county officials. In being a foreigner with the ‘$$$’ symbol on our forehead simply makes us targets! Personally, I refuse to be intimated by their idle threats to financially ‘sponsor’ a desired outcome. My belief in the justice system and integrity is more important. However, for those who do sponsor such a broken system, I offer this bit of advice: bribery is a double-edged sword; just as you can use it to your advantage, so can your fellow man apply it to your detriment.

There are rumors that the recent ’war on drugs’ instigated by the President are more than just a directive to apprehend and bring to justice, but more to ‘shoot first, ask questions later’. Recently the CEO of Rappler (Maria Ressa, a Filipina) was taken to NBI (the FBI equivalent) for questioning over a cyber libel suit dating back to an article reported in 2014. Many question their ethics over this matter, in particular given their rights under freedom of speech. Intimidation and abuse of power by the government seems to be a common theme.

So what laws are in place? Besides, the obvious laws pertaining to criminal matters we are familiar with; did you know there are laws against all sorts of unusual things. For example, the Anti-Chismis (gossip) act in Baguio, Anti-Liquids act on MRT (Mass Rapid Transit) in Manila, the country wide Anti-Karaoke law, and various mandated Business Permit laws (there are literally hundreds of thousands of unregistered illegal tax-evading business) as well as laws against having certain animals in residential areas. Almost none are obeyed, as you will soon come to realize after spending just one day in a regional city area.

Philippines is not the only Asian country in which I have had the pleasure to come face to face with the law. Additionally, there are many more instances that I am aware of involving my friends. Those stories I will need to cover in another article. One good thing is that there is no libel law in the Philippines and thus anyone can say what they feel!  Else, this commentary may not have been possible!