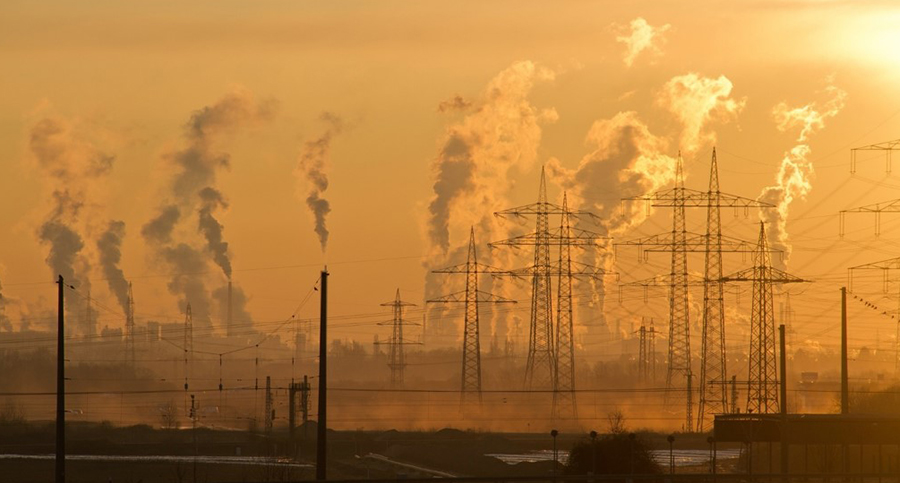 After recently returning from a twenty-year stint abroad, I have been spending the last few months “surveying the land“. It appears that whilst there are some great projects on the ground, we Australians are way behind reducing our overall impact on this world and thus our long term sustainability. Overall my feeling is that the boat is on fire and we need to extinguish the flames – jumping overboard is not a long term option as we will not be able to survive in those frigid waters – or in this case, on a boiling planet. Better still, let’s make sure the boat is safe, fully stocked and in a good state of repair before we head out to sea.

With the imminent “Climate Change Election” in play, concerns over the climate and the environment have never been greater. Australia is one of the top 20 greenhouse gas (GHG) emitters with a footprint greater than all of France. It is already experiencing the effects of climate change, including increased heatwaves and mass coral bleaching on the Great Barrier Reef, ravaging bush fires, record century-breaking floods and is the global leader in mammal extinction. In fact, a Climate Council study warns that unless future governments have the political will to deal with climate change, the value of major assets, such as people’s properties, could plunge over the next decade. The study estimated residential property value losses of $571 billion by 2030 related to increased extreme weather events, inundation of some low-lying coastal areas and higher insurance premiums.

Most of our population are city dwellers – in fact, Australia is one of the world’s most urbanized countries with 89% of its population living in just a few urbanized areas. Interestingly, a recently released Cities A List report by the non-profit environmental impact group, the Carbon Disclosure Project (CDP) ranked the climate leadership performance of around 500 cities worldwide. Included among them is Melbourne Australia aiming for net zero emissions by next year (2020) and Sydney Australia by 2050 with cities abroad like Seattle and Washington, USA, Paris France, London UK, and Boston USA aiming to be carbon neutral by 2050. Back in February, the incumbent government explained that it planned to meet its 2030 targets by using Kyoto carry over credits rather than by actually reducing carbon dioxide emissions. This is in spite of the fact that almost all developed countries have said they will not use these credits which effectively are a cheat – greenwashing at its best! The IMF estimates that annual fossil fuel energy subsidies in Australia total $29 billion, equivalent to a subsidy of $1,198 per person, representing 2.3 percent of Australian GDP.

This is the first time, climate change has topped the list of potential threats to Australia, placing it ahead of terrorism. Recently, in an effort to showcase its might, the United Kingdom went one full week without burning coal for electricity, marking the longest stretch without combusting coal since London’s first coal-fired power plant fired up back in 1882. This comes amidst the Extinction Rebellion protest in London when Lawmakers declared a “climate emergency”. Earlier, The Republic of Ireland, with even more ambitious plans than the UK had declared a climate and biodiversity emergency, which it seeks to address in part by introducing electric vehicle (EV) hubs and building more sustainable homes to achieve that goal.

The reality is that if you truly understand the sustainability challenge that faces us as a species, then we can all contribute by doing our fair share. As best summed up by teen activist Greta Thunberg “The climate crisis has already been solved. We already have all the facts and solutions. All we have to do is to wake up and change“. The Swedish 16-year-old supported the Extinction Rebellion climate protests and was critical of the UK’s exploitation of fossil fuels and exaggerating cuts to carbon emissions, describing it’s self-reported carbon emission reductions as the result of “very creative” accounting. “This ongoing irresponsible behaviour will no doubt be remembered in history as one of the greatest failures of humankind” she said, as we seem hell-bent on destroying ourselves.

Recognizing we are in crisis is our first step in triggering action. Our lofty goal of maintaining less than 1.5-degree rise in global warming by the end of the century is slowly slipping away. With CO2 levels reaching historic highs of 415 ppm (parts-per-million), the IPCC earlier this year showed us just how far off we are from achieving a total melt-down in the coming decades. A useful assessment tool is the Climate Action Tracker which is monitoring the effects of global warming across a number of target countries (see figure). Alarmingly, climate change will spell the end of some nations, such as Kiribati, with sea-level rise displacing millions of people within two generations. 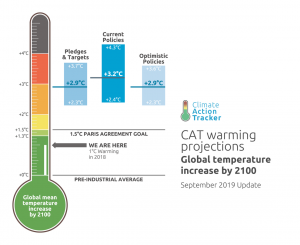 The need for action on climate change has never been more urgent, as the latest report from the IPCC warns. If we act now, at speed, scale, and scope, there may be the opportunity to avert our own extinction. A key aspect of this is ensuring enterprises at large as well as consumers are making the right moves. Science-based targets have been developed to identify what we should be aiming for and platforms such as the THRIVE Sustainability Performance Scorecard (SPS) provides the impetus for such transformations.

As citizens on this planet, what can we do? Here are some suggestions:

As it stands Australia is lagging behind, especially given our rather extensive land mass and low population base. However therein lies the opportunity to embrace the challenge and leapfrog ahead by doing good to do well. Recognizing that we are in crisis and that inaction on climate change costs us all, we ought to be encouraged to make a positive move in the right direction for the future prosperity of all humankind.