The race to thrivability: going beyond simply catching up 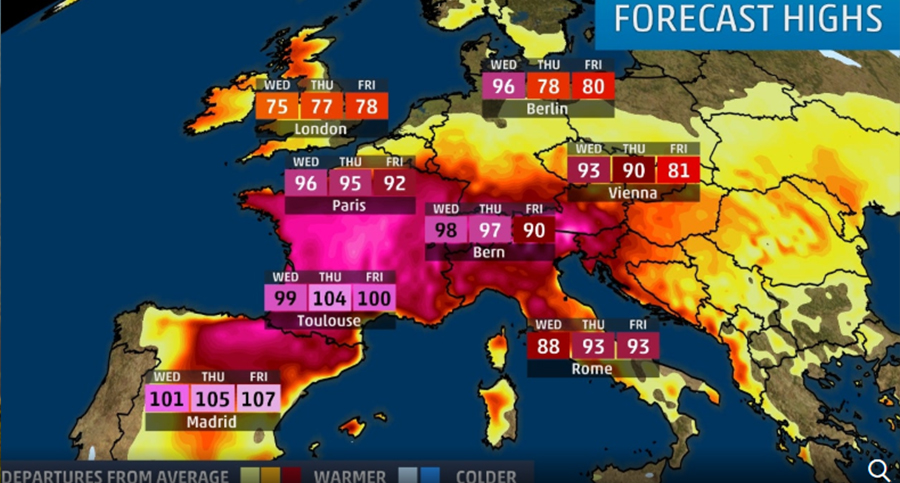 Following a month away, facing Europe’s existential heat-wave crisis, I presented at major sustainability-related conferences and held meetings with my counterparts, subject experts and knowledgeable officials in Asia and Europe. It appears the message is starting to sink in. Whilst some deep ecologist lament it is too late, holding the doom and gloom placard, many – especially the young – are saying enough is enough. A combination of capitalism and corruption and plain disregard for our fellow human is what got us here. Climate crisis is real, and we have no one to blame than ourselves. So let’s make the necessary change for the better. Let’s ensure sustainability matters!

It appears that 2019 is poised to be the year humanity woke up to itself. Climate Action: a race we can win, says the United Nations, whose agenda is aimed at achieving net-zero emissions by 2050. With sea levels rising, coral reefs dying, are we starting to see the life-threatening impact of climate change on health, through air pollution, heatwaves and risks to food security. Even though not in total agreement (namely Saudi Arabia – with a significant vested interest in petroleum products – question the results and then backed down; and Hungary, Poland, and the Czech Republic blocked EU decarbonization 2050 targets), the latest analysis shows that if we act now, we can reduce carbon emissions within 12 years and hold the increase in the global average temperature to well below 2°C and even, as asked by the latest science, to 1.5°C above pre-industrial levels.

In fact a number of countries/regions, as set out in the non-compulsory 2015 Paris Agreement, have set a net-zero target date of 2050 including Chile, Costa Rica, Denmark, the European Union, Fiji, France, Germany, Ireland, Japan, Marshall Islands, New Zealand, Portugal, United Kingdom, with others pledging even sooner. Most notable is Bhutan which is already net-negative and looking to be carbon-neutral by 2050. Whilst there is not a consensus yet on the best path forward, climate scientists at the IPCC do agree that the world needs to transition entirely to clean energy by mid-century. As we move away from fossil fuels and towards the use of renewables, carbon emissions and thus air pollution will attenuate.

Another often cited solution is to plant carbon-eating trees, lots of them. In a recent post I mentioned how tree-planting has been mandated by some governments, however it turns out that the most potential to restore trees can be found in just six countries: Russia (151 million hectares); USA (103 million); Canada (78 million); Australia (58 million); Brazil (50 million); and China (40 million). A quick calculation published in the journal Science shows that there is a potential for an extra 2.2 billion acres of tree cover in areas that would naturally support woodland and forests. These trees once mature could absorb and store 205 billion tonnes of carbon mostly from the atmosphere, and thus tackle around two-thirds of the 300 billion extra tonnes of carbon present there due to human activity since the industrial revolution.

To be effective and credible, the UN sees that these plans cannot address mitigation alone: “they must show the way toward a full transformation of economies in line with sustainable development goals (SDGs)“. Some colleagues and I would argue even going beyond this steady-state-economy model. For us, experts in the field, we see that the climate change policy with the most to offer hinges on innovation. In the UN Climate Action Summit 2019 roadmap, the following action portfolios have been recognized as having the highest potential to curb greenhouse gas emissions and increase global action on adaptation and resilience:

In addition, there are three additional key areas:

So what innovation(s) can help us the most to achieve sustainability and a thrivable society? In an earlier article presented at the New Business Model (NBM) Conference in Sofia in 2018, we considered sustainable business innovation strategies (SBIS) such as business model innovations for sustainability (BMIfS). Building on this earlier work, this past week at the International New Business Model (NBM) Conference 2019, in Berlin, Germany, our latest offering was showcased: The Holistic Regenerative Innovation Value Enterprise (THRIVE) framework, platform and sustainability performance scorecard (SPS) tools, providing the basis for enterprises to assess their sustainability performance score among their peers within sector, region or worldwide. THRIVE SPS tool marks the first time a platform inspiring a race to thrivability is on offer, spurring industry transition by encouraging enterprises to compete for the 7Ps (peaceful partnerships for people, planet, profit with purpose and prosperity) by applying the best of breed backcasting methodologies.